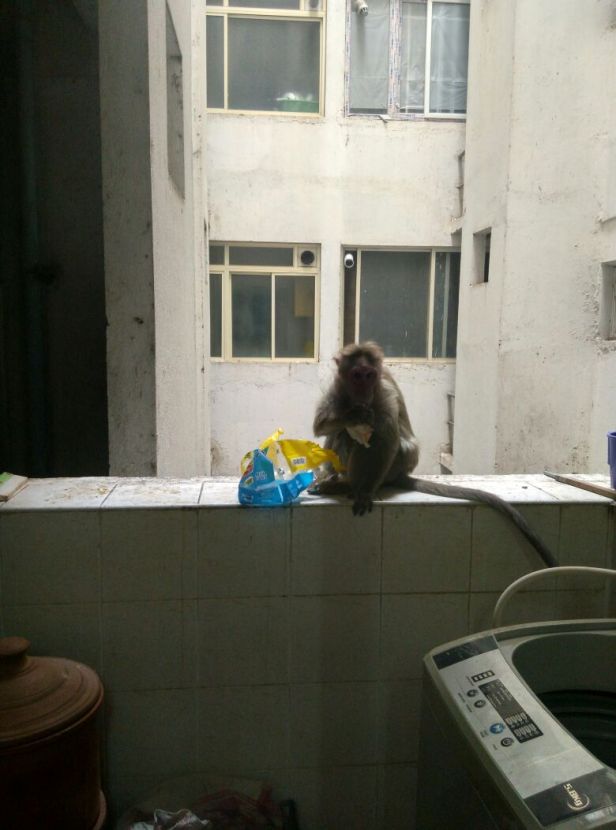 The last few days we have had a visitor at home. He s been a little shy at times but sometimes tries to show us that he wants us to chat with him. Its a  monkey who we fondly call Trinity. Trinity isn’t someone that we found when he was young and adopted but he’s wild and found his way to our apartment complex which sits right next to a little piece of forest/park. He and his friends have been causing ruckus for a while now. There are notices in the building asking residents not to feed them and scolded a bunch of them for not listening. Anyways they still continue to visit and try and steal enough food every couple of days from houses which keep the utility area open.

A few days ago the Trinity started to visit our part of the building. I noticed him pass by. He stopped looked and left. The little rascal didn’t wait to make friends. Pip and Trouble didn’t notice him, they were fast asleep. A couple of days later after the wife came back home we went out shopping. Since fruit is a big part of our diet and its mango season we picked up a bunch. Back home after the walk the boys, the wife noticed Trinity looking at her.  He quickly ran off. I ran after to see him. Pip was excited to see him, I don’t think Pip understands what he is. A few mins later Trinity broke into the house and stole the mangos. The idiot had left the bananas, which monkey doesn’t like bananas. He left the mango seed on the wall and dirtied the place. Cathy locked up the kitchen window to make sure no more mangos would get stolen. A few hours later as she went in to make some chai the window was open and the pomegranate had disappeared. He had found a way to open the window.

A few days after that Trinity was back. This time since the window was open he couldn’t get in. I guess he was hungry. I carried Pip and Trouble to show them Trinity. Reminds me of my dad carrying me over his shoulders at the circus to see the Elephants. I guess some things never change, they just passed on. Pip again lost it and ran around the house whining. Cathy had to deal with that while i went to work. That was a good day. 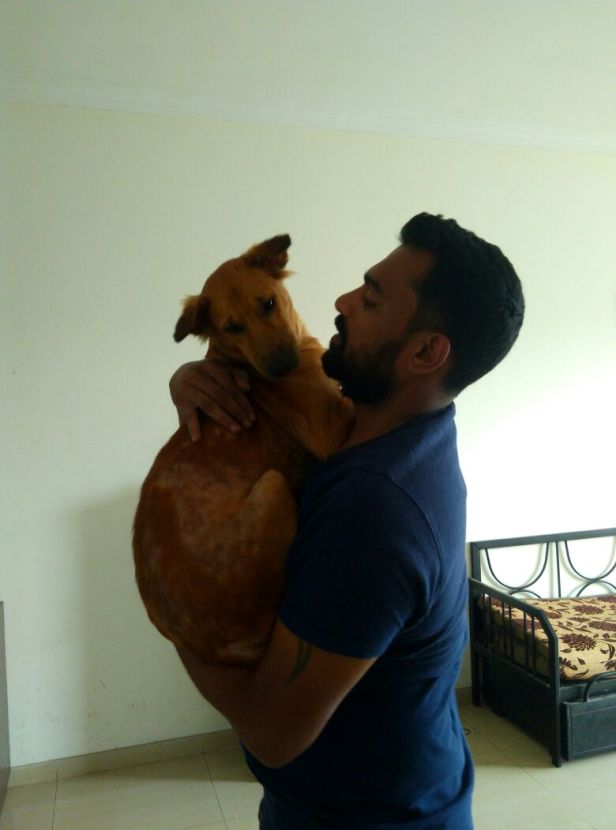 Today he was back again, i guess its time to adopt him. If you have watched a hindi movie called “Parivar”, there was a dog and a monkey that ran around town. The monkey would sit on the dog and they used to paint the town red. I think if trinity comes home, i could train Pip and Trouble to do that to Trinity. Maybe Trouble wont like doing that but i hope Pip would. If he does decide to live with us, it would be time to get a larger bed. i don’t think Trouble will want to share a bed with Trinity at least in the beginning. Imagine this, there would be 2 dogs, 1 monkey to take for a walk everyday. As me and the wife walk the dogs the monkey can sit on my shoulder. For every dog that tries to attack us or growls at us, Trinity can hit them with a stick. Also i could get Trinity to sit on the handle bar of the bicycle while i ride around town. This seems like a good plan for now. 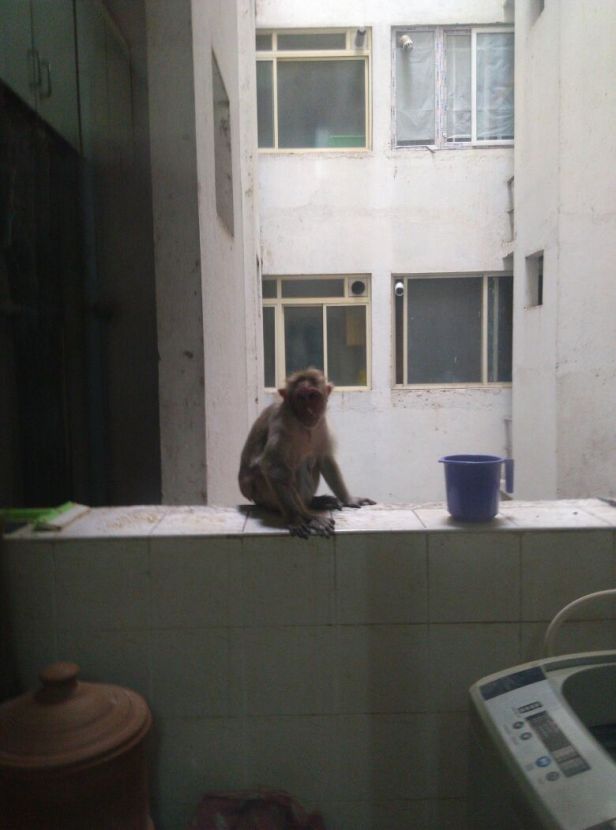 Im off to go see if Trinity would be interested in this plan and above all if the wife will be ok with Trinity living with us. I’m sure she would be.