On a cold winter night in October a couple of years ago, the girlfriend and I were walking back  from a friends house after his birthday she noticed a little bandicoot in the corner of the street. For some reason she looked again and saw that it was a puppy. He was cute and seemed lost and won her over enough for her to take him home. Being a gentleman that i was i carried him home.

Jumped over the compound wall with him sleeping on my arm to get into the house. She took the day off the following day to spend some time with him. He was a little and slept most of the time. The first couple of days he spent sleeping in his basket after which he owned the bed. He dint bother to even go near the basket. Anyways true to her word she put up a post on FB asking if someone would adopt him. Since her profile is private and pretty much only she can see post, nobody responded. Full disclosure i dint share the post either. He stayed and got named Pip. That wasn’t my idea. I wanted to name him Auto. Every evening after work she would rush home to see him. Since he was a baby her room mate would also take care of him. He wasn’t truly alone. Every morning as she left to work Pip would go outside Mel’s room and cry loud enough for her to wake up and open the door. She would go back to sleep while he either slept or chewed through some clothes. This went on for a while. Each day he would get hold of a charger, earphones, random wires, pillows, slippers etc. I think he went after the slippers because he hated them.

As he grew we bonded. The rascal would hear the sound of my motorcycle and know i have come home. He would wait at the door to greet me. At night he would sleep on the bed in between me and the girlfriend. Every once in a while if someone has kept the main door open he would run out into the garden only to be surprised to see a larger dog standing there looking at him. One time the larger dogs were about to attack while he sat down on the floor trying to be cute, as soon as he saw Cathy running out to protect him he changed from this little puppy to this tiger who now wanted to fight with the big dogs.

Turns out the moment he knows one of us is around to protect him, he’s ready to take on the world. After a few months we moved to another house. Pip would make friends with the other dogs that he walked by everyday. There was this one puppy that he met who liked him lots. The puppy walked home with us and now is a part of the family. We named him Trouble. Now Pip had someone to play with while me and Cathy went to work.

Trouble unlike Pip hated to be held tight. Every time i tried to hold him while he ran away he would try and bite. At night he would crawl into bed. He was little. Hardly about 5 months old. he had lived on the streets and his survival skills had kicked in. Every time we took him for a walk he would try and bully the other dogs. he dint care for the size of the dog. The only other dog he was willing to be friends with was Pip. 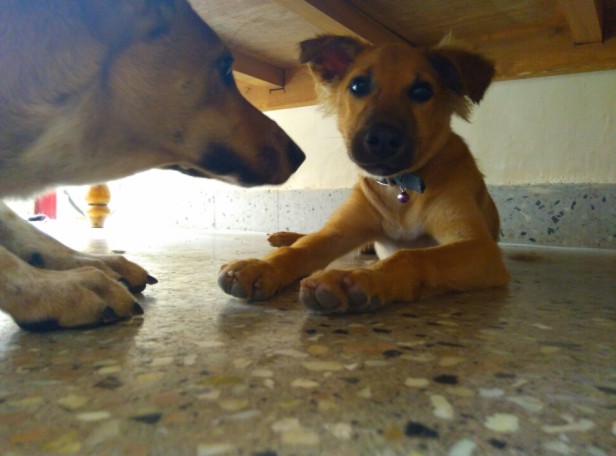 Anyways as time grew he started to be a little more friendly. He still had a problem with Pip at night as they would try to claim the bed for their own. Anyways it took a while before they could find places that worked for each other. He got nice enough to play with us alot and even better stopped biting us atleast not often. I guess you learn how to behave with each of them differently. 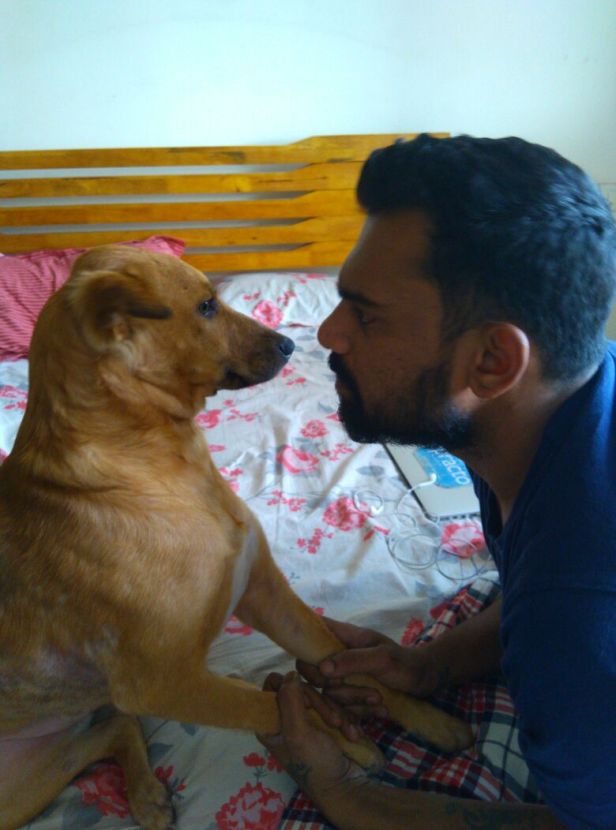 A few weeks after he would come to greet me at the door. Both of them would. As Pip would jump on me, Trouble will jump on Pip. No ida why he would jump on him though. He also figured out that while Pip slept at my feet Trouble would cuddle up with the wife. In the morning he was a little devil, he dint like to be cuddled. Most times when i came back home after a hard day at work they would have found a piece of paper, blankets or a pillow and destroyed it. I think we have given away about 3 beds so far since they were beyond repair. The pillow seem to be their best friend. I think they always want to undress the pillow and would always tear through it. As a result of it they used to get a spanking. Sometimes they will try and steal food and the wife would give them a spanking but they thing that is brilliant here is no matter what happened each night they would come back and sleep in their places. Pip would wake me up in the morning no matter what happens. He would bring me his toy for me to throw so that he could fetch it.

What i have learnt is no matter how i feel i still have to play with them. No matter what happens in the world my dogs give me unconditional love. They don’t care how I look or how i feel.

They know that when i come back home they should come and say hello. They don’t care if i feed them chicken or curd, they love me the same. Trouble doesn’t care if I am in the bathroom or in the bedroom, he will scratch the door to get in. Both of them believe in a few things like : I will feed them, I will play with them and they will always sleep on the bed. Its just Devine that these thing have been a constant. I think this is the single largest commitment me and my wife have taken up and seen through. 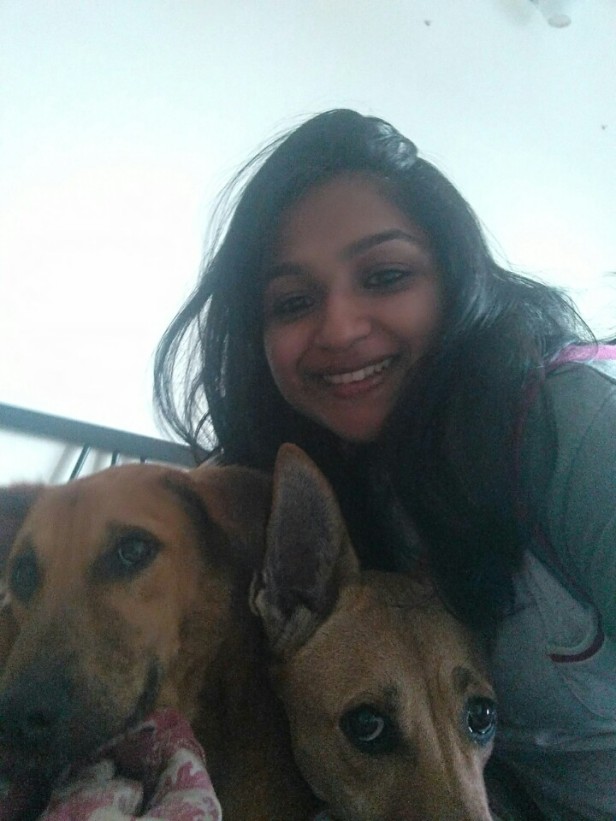