Woke up early in the morning and packed up my bags. Thankfully remembered to take all the gear from the church. As i was packing up I started to look for my glasses. I seem to have dropped it. Another tourer asked me what i was looking for and told him about the glasses. He pulls out a pair of glasses from his bike and asks me if these were mine. He had found it the previous day while coming down John Day monument. I had stopped on the way down for a smoke and left my glasses on the rock i was sitting on. Super lucky to get them back. Thanked him and got a pic of us. Laurie who was at the church was staying back and would wait for her husband to pick her up. She had to go back home. Her tribute ride unfortunately was cut short.  The plan for the day was to get to Bakers city since that was the biggest resupply town after this.

The man who helped me find my glasses

Decided to make our way to Mt Vernon for breakfast. To get to Mt. Vernon involved getting hit by headwinds and lots of climbing. After a super hard climb finally rolled into Mt Vernon. Stopped at the gas station to get coffee and a little breakfast. Don in the meantime had discovered that he could maybe eat oatmeal since eating bread and cheese for all meals wasn’t really fun anymore.  Since we travel a little heavy its seemed ok to add a little more weight. Unlike racers who don’t have a choice and will eat whatever we could choose. LE had left a little earlier in the day and had taken off ahead of us. His bronchitis had put him out of commission for a day and now he was getting stronger.  It was surprising that he hadn’t packed up and gone home. It amazes me how your body functions even when its not a 100% well. 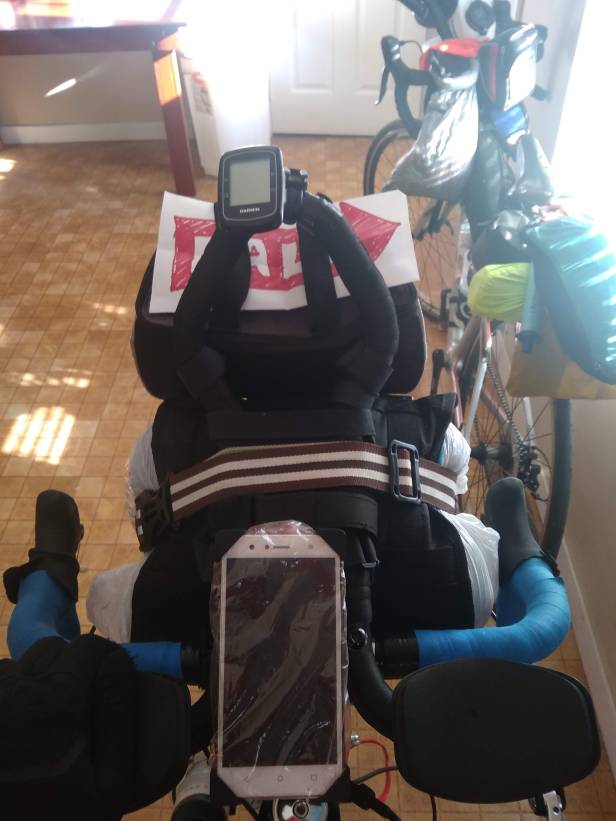 After a reasonably quick breakfast at Mt. Vernon we headed out only to have Don pull into someone’s house in less than 3 miles. Stopped to figure out what happened and noticed the sign that said fresh eggs and Cinnamon rolls. Quickly rode to the back of the house and met the lady of the house. She only had the last box of cinnamon rolls left.The oldest son turned 18 and was graduating and a party was planned for the same day and thats why they dint make too many rolls for the day. 4 rolls for 5 dollars was looked delicious. She offered to heat it up. Don and I ate one each and decided to keep the rest for later. As we were eating and talking to the family we discovered that they setup shop to raise enough money to have orthodontic surgery for one of the kids at home. They just about had enough money now. 6 months selling cinnamon rolls has helped pay for new braces. Quickly strapped the rest to the bike and before we left she wanted to say a pryer for us. She also gave us a bible each but Don already had one and I had to take one. Tucked it away in the frame bag and was good to go. 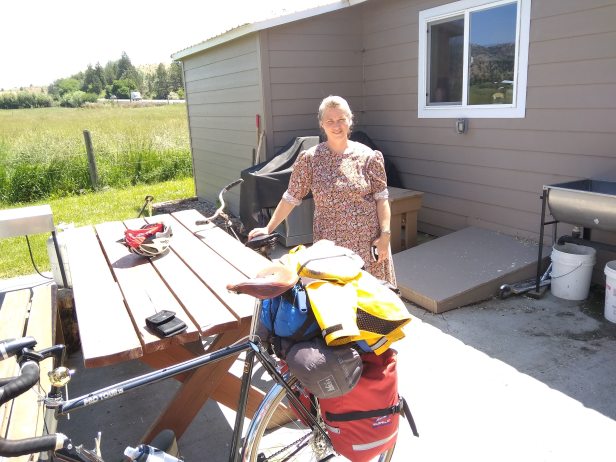 The cinnamon lady of Mt Vernon

From there on out it was slow progress towards Praire city for lunch. Rolled into town just in time for lunch. After a quick lunch we headed out. Just as we were climbing dixie passed we came across a view point with a large caravan stationed on it. Turns out this area was frequented by caravans of this nature in the past and was a trading route similar to our silk route. At the view point we met Neer who moved to the US from Isreal. Traded some food with him. Neer had some kickass halwa from Israel which we quickly ate up.

Somewhere on the road

Climbed to the top of Dixie pass. It started to rain and we quickly descended in the cold to Austin junction. The term junction is a stretch. It has a restaurant in the middle  of nowhere with towns about 30 miles on either side. The good people of the cafe had seen us come in and kept it open for a little while longer. Ordered a large burger and a cup of coffee. Don ordered something called sweet potato fries. Apparently its a speciality of the region. Nice and super crunchy Figured out how its made. Maybe Cathy would make it back home. Since nobody lived at Austin junction no cell phone connectivity.

The restaurant in the middle of nowhere

Even verizon dint have any. Thankfully the cafe had wifi and i was able to send a few messages home. Looked at the tracker and noticed that Micheal had made it to Baker city. George and LE were still moving and on their way there. The forecast showed that it would rain all night and some more the next day. We decided to stay the night at the Cafe. They had a camper van setup in the back for racers to sleep. LE had come in the afternoon and left an hour before we arrived. He had decided to go to Bakers city for the night. Put our bikes under the canopy that was setup to keep it dry. It was getting super cold. Quickly made our beds and got to bed. Not a lot of miles and 2 more passes to go for us to get to bakers city. Maybe it would get warmer the next day. Every blog i have read says that Bakers city is warm or hot so that would be a good thing. 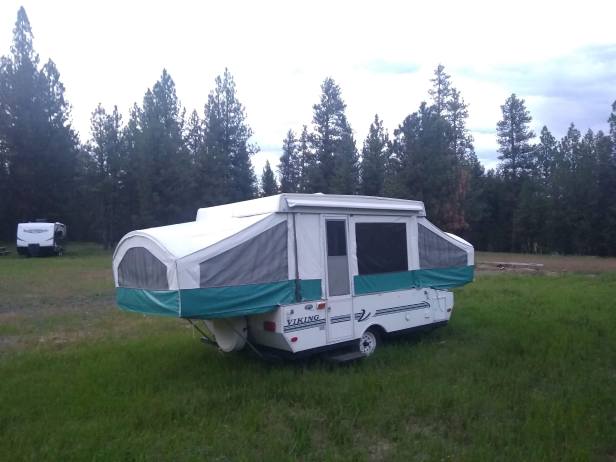 Our bedroom for the night

Lesson for the day : Even Israelis make Halwa

Up next : Day 8: Austin Junction to Baker city