After a warm night at the post office woke up to a nice warm day. Just knowing that I was over the Rockies was comforting. Now as i descended it would get warmer. The little town of Alma had no stores open so we quickly rode about 10 miles to the little town of Fairplay. I had heard about the town from a bunch of tourers, supposed to be a small beautiful town. Went into the town and went ahead trying to find a gas station to make breakfast. After eating rubbish to breakfast, Don had stumbled on instant oat meal and that seemed to work well for us. Aaron had gone to the restaurant to eat and would meet us later. At the gas station there was a bike parked outside. A tourer from Netherlands was in. Got talking and discovered that he was riding from the Panama Canal to Denver. Compared notes on America since every foreigner does that. Being from Europe he was telling me about these big trucks on the road and I kept wondering what he was talking about. Turns out the cars that people used were almost the size of trucks in Europe. He had ridden 11k kms in India and the conversation drifted to Rishikesh and Varanasi. Our plan was to ride towards Pueblo and then find a place to stay. 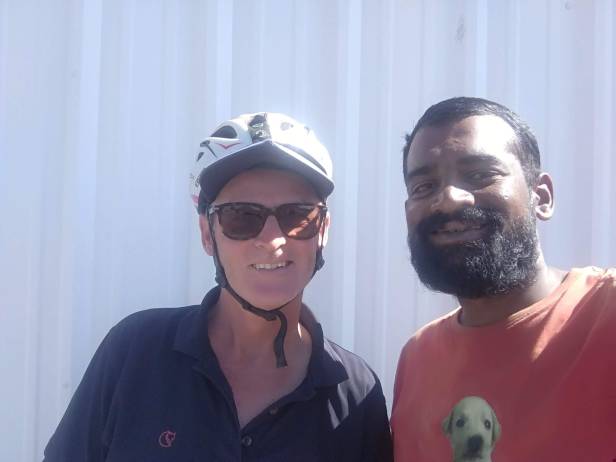 Comparing notes with the Dutch

With a few towns in between here and Pueblo i decided to fill up a couple of water bottles and head out. While riding to Handsel the wind picked up. Even riding the flats kept getting blown off the road. A super hot day and was going through my water reservoir. Finally reached the town of Hansel. The town is a bunch of stores in the middle of nowhere. The town exists now just because of a bunch of restaurants and souvenir shops. Filled up all my bottles and headed towards Canyon City. The road towards Hansel to Canyon city was up and down. Stopped somewhere mid way to get eat. Sadly no shade the entire way so had to sit out in the sun. Sadly the bread in the food bag was squished. Had to make do and eat what I had. On the road towards Canyon city is filled with some long hard hills. I guess the hills wasn’t hard but everyone i met has told me its downhill from the top of Hoosier to Pueblo, these hills were unexpected. As i kept riding it was hotter. Turns out it was a 100F. Almost out of water when i finally turned into the highway leading to Canyon City. Thankfully there was an RV park and a store just as i turned. Quickly went in and got some coke and filled up a few bottles. After a nice break started back on the road. 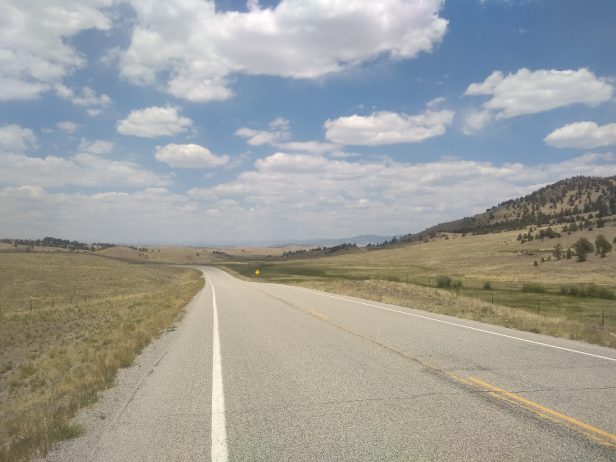 The first thing you see while entering Canyon City is the large prison. You would need to pass by the prison to get to downtown. Rolled into town and the main street was beautiful. Lots of stores and a little traffic. Found Don and Aaron at the Chinese place getting ready to eat. Finally we had found Rice. While eating i checked Warmshowers and found us a host. It was 7 pm and Don figured it was too late to go to someone’s house. Called Michelle and she immediately without any hesitation asked us to come home. They were only 8 miles away. After dinner we quickly headed out to Florence.

Somewhere along the way

Found Dale and Michelle’s house and parked up the bike. Don was already inside making conversation. Aaron and I decided to walk around in town. Walked into town and found out that they had an Indian Restaurant. Had to go in to check it out even though i wasn’t hungry. Chatted with them for a bit and left. Aaron and I went to the gas station for coffee and headed back to Michelle’s house. Unpacked the bike and threw out a couple of things that i had decided to throw out Pueblo. Aaron finally threw out his socks, like finally. 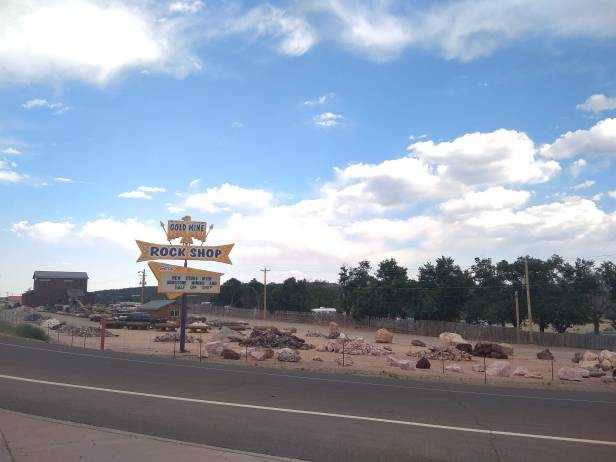 Tomorrow we would need to send back all our clothes weather gear to Yorktown and skinny up the bike. Finally in warm weather, temperatures like back home.

Lesson for the day: Buy 1L bottles when you are looking to buying bicycle bottles.That 250 ml adds up

Up Next: Day 27, Florence to Boone