Woke up early in the morning since LE woke up and made a little noise. He quickly packed up and left. I was wondering what happened to make him leave in a hurry. Rode around the small town looking for the store. Flagged a car down asking them for directions. Turns out the store timing are unpredictable. He invited me home to have a cup of coffee and a snack. Sat outside on his truck at home eating a lovely burger and drinking a cup of coffee. Chatted about the town and how the economy in the town works. Apparently most people work at Chanute or are retired. The population of the town has slowly reduced in the past few years. 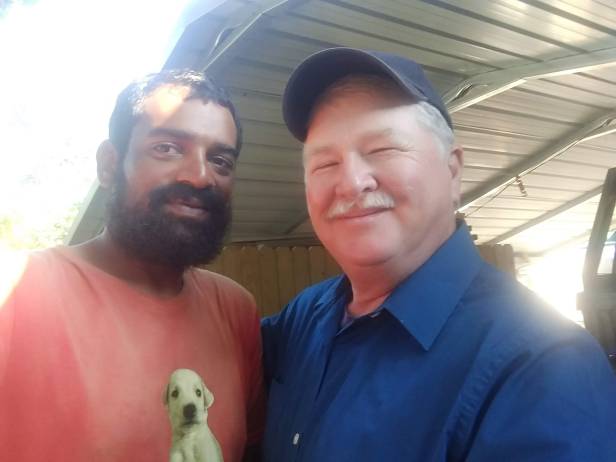 Thanks to him for my morning shot of coffee

Started my ride towards Chanute when Don messaged. He was meeting the folks from Elance and invited me for lunch with them. Rode to the town which took lots of time. The flats have now turned in rolling hills. Finally at the gas station at the entrance of town. plugged in my phone and sat outside with a cup of coffee. As i waited for Don caught up with my notes and posts for the week. My mum had pinged asking me to why i hadn’t put up any pics. By the time I got that out of the way Don had reached. He had found a Chinese restaurant for us which had a buffet. Rode up to the restaurant and tuns out I was at a different outlet. The one Don was at was closed so they decided to come to the one i was at. Went in to check and turns out they don’t have an all you can eat menu.

Since we were anyway there we sat down to eat. Chatted with Michelle for a while and heard stories about Elance. They did some really fantastic work across the world. Unlike other organizations they go into communities and ask the people what they would like help with. Based on the requirement they then organize assistance. After a really nice meal we decided to get on the road. Michelle had brought us a bunch of stuff but since we had stocked up a little while ago we could only carry the cup cakes. The cup cakes were for Don for his birthday. I had to make a quick stop to pick up rolling papers and noticed that the smoke shop was also a sports store. Strange. 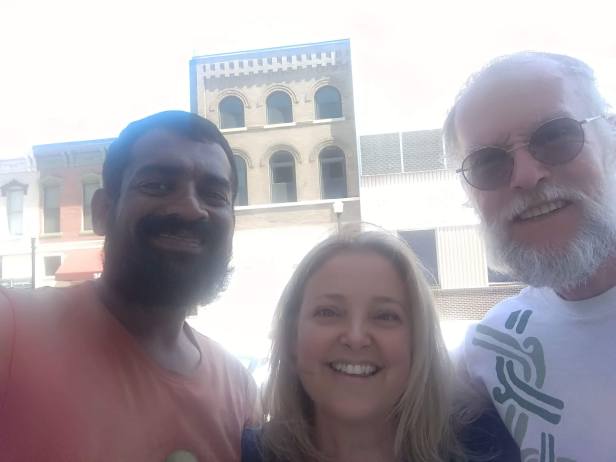 With Michelle from Elance

Back on the road after a really nice break. Our plan was to ride to Girard and figure out a place to stay. As we were riding to Girard, Don found a church that he happened to stop by to leave a broacher had a sign saying cyclists welcome. Rather than riding to Girard and figuring out a place to stay he stopped. As i came up on the road found Don waiting for me. We walked into the church and the fellowship hall was setup ready for us. They had a fully stocked kitchen and a place for us to stay. Dinner tonight would be brownies ( that someone in the church left behind for us)  and cup cakes. I happened to find some ice cream too. Nice to finish the day a little early and get a super nice place to sleep. 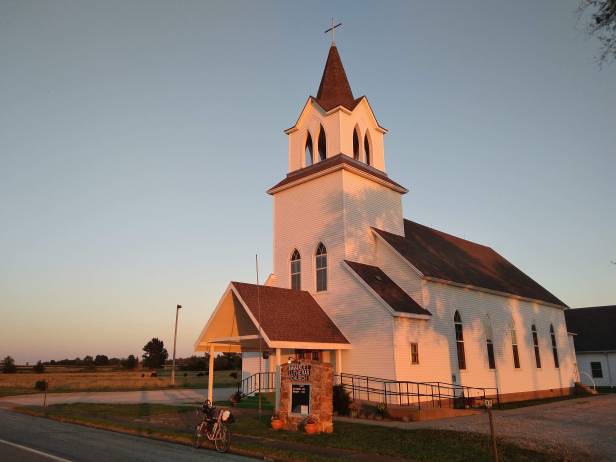 Tomorrow we should me in Missouri. Don was super excited to be in his home state. He may have a couple of folks riding down to see him. Also his wife is driving down with his retirement papers for him to sign to make it official.  The next few days is going to be fun. 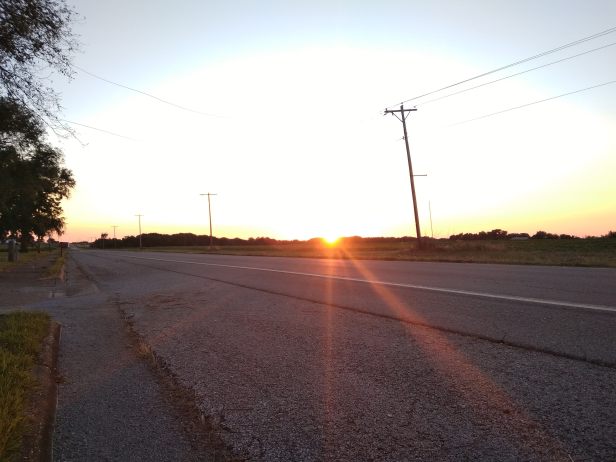 The end of the day

Lesson for the day: Sometimes you just have to ask and you shall get. Case and point coffee.

Up Next: Day 37, Girard to Golden City