After a long time woke up to a place that had a coffee machine. Don had turned it on and the moment i woke up I poured myself a cup. Slept on the floor last night and it was nice and cool. I had sent LE a message telling him where we were at but no news from him. Maybe he was taking the day off. After a really nice breakfast sitting outside on the deck we were ready to leave. We had a visitor who came to check on us. A local to helps looks after the church. Chatted with her for a minute and we hit the road. Our first stop would be Girard for a cup of coffee. A quick cup of coffee and decided to ride to Pittsburg for lunch. We talked about an all you could eat Chinese meal. Maybe Pittsburg would have a place where we could do that. I have been telling Don that a Chinese all you can eat doesn’t exists since every town we go to has a Chinese place but none of them have a buffet. 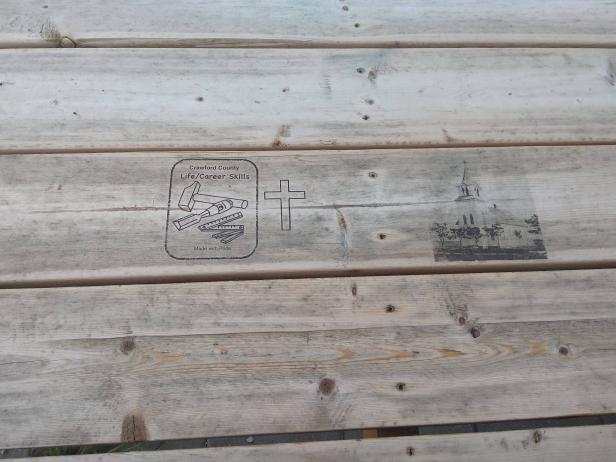 Artwork imprinted on the table

As we started riding towards Pittsburg the hills have started. Lots of hills. Riding 20 miles in these hills seem like a pain. Apparently this is the beginning of the Ozark’s. Its only going to get steeper from here. Finally at the town of Pittsburg. Turns out we had to ride some back roads to get to the main street. Stopped at the gas station and was drinking a coke. Don rolled in. His first thing was to find out about the Chinese place.  If i remember correctly it was Sunday. He found out about the place where they had a buffet but that guy warned him about something. I asked Don about it and he says we should be aware that we may run into the church crowd. Well the good thing about a buffet is we wouldn’t have to wait for anyone and can just pick up food. Off to the restaurant and the buffet was open. Finally after 37 days i find one place. After eating about 4 plates of food and a couple of plates of desserts we were ready to go.  Our first stop was the grocery store to pick up some supplies. We hoped to get to Ash grove tonight. 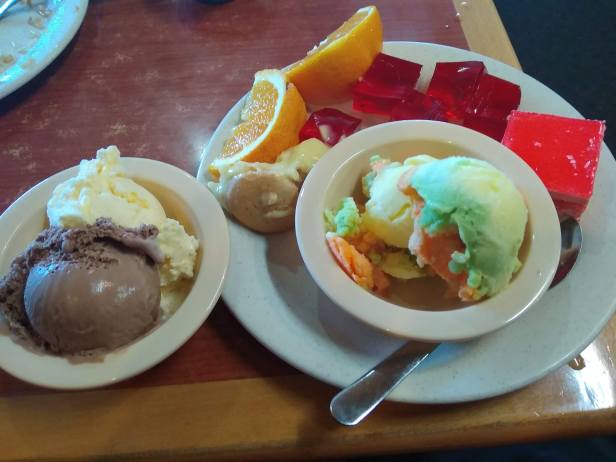 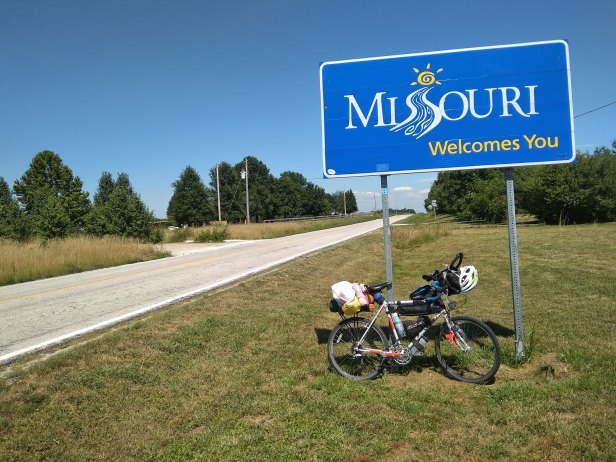 Thank God they have a sun in the logo

Our first stop after Pittsburg was the sign that read ” Missouri”.  Took a quick picture. Don stopped to take a pic of his homestate. It would be interesting to see how he feels leaving Missouri. On a tour you always finish at home. Here he was passing by home and would have to go on. With no stops on the way till Golden city we quickly pedaled on. Finally the small little town of Golden city was in sight. It had been a task to will myself to get up after the meal. It would have been perfect if I could have had an afternoon nap but such is life. At Golden city we stopped at the gas station for a cup of coffee. The girl at the store told us about the city park and showers. Don and I figured out that we would not make it to Golden city. Mike and Wendy who were watching us on the tracker sent me a message saying it would take 4 hours atleast to get to Ash grove. We decided to stay the night at the city park and have a nice shower and catch up on our chores. Time to oil the chain and do some maintenance on the bike. 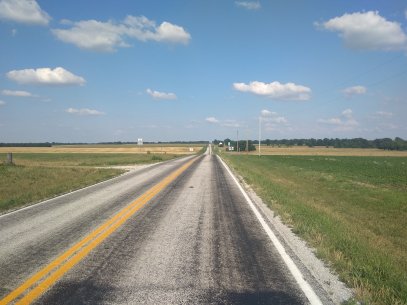 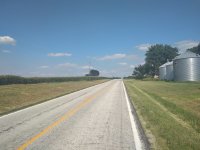 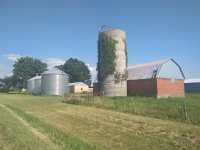 The park was quite nice. Setup for the night and after a quick shower went to the gas station to get some more coffee. As i talked to the people at the gas station I discovered that the town had a meth problem. Apparently addicts were leaving needles behind and not cleaning up after themselves. This should be an interesting night. The only thing nobody could tell me about was how did the town get its name. Every cyclist stops at Cookies to get pie. We were a little late and had decided to skip pie. Before i went ot bed checked to see if the store had a microwave for us to use in the morning. With that sorted it was time to hit the bed. 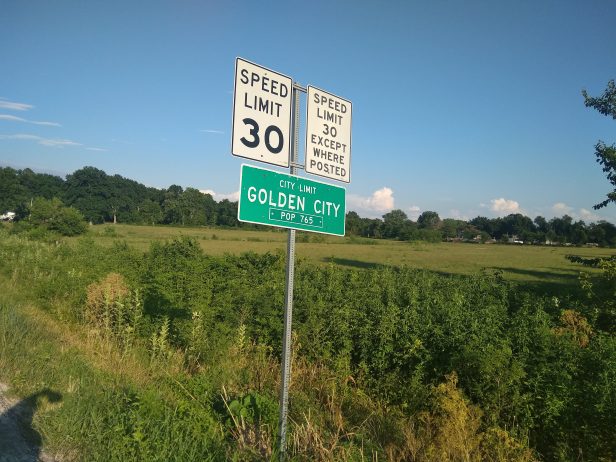 Mike and Wendy make these really nice memento’s for racers that pass through town. Looking forward to picking up ours in town. Don was excited to see his wife at Houston a couple of days later. The hills and the humidity has begun. This should be fun to ride through these conditions. Cant believe it has been only 10 days since we crossed over hoosier pass where i had to layer up to keep warm. 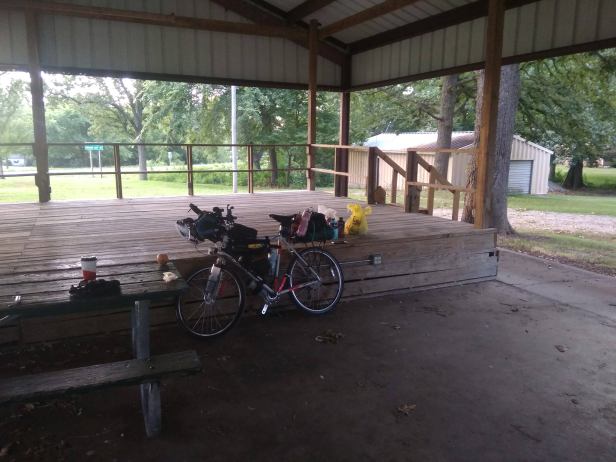 Setting up for the night

Lesson for the day: Riding your bike after an all you can eat meal is a bad idea.

Up Next: Day 38, Golden City to Fair Grove