After a long ass climb into Fairgrove and a fantastic shower i slept like a baby. Woke up ready to take on the world. Our first stop for the day was the gas station to get some breaky and coffee.  Don opened up the map and we figured we have about 70 miles to get to Hartsville. Thankfully we have decent supply points on the route and would not need to carry lots of supplies with us. Our first stop would be Marshfield. A nice long ride to Marshfield without having to climb too many hills was wonderful. We were finally out of the wind but now we had deal with the heat and humidity. Stopped at McDonald’s at Marshfield for a nice cup of coffee and a little food. Just as i finished Don rolled in. We decided to keep going. We dint want to waste any time in the town.  We quickly headed out towards Hartville. 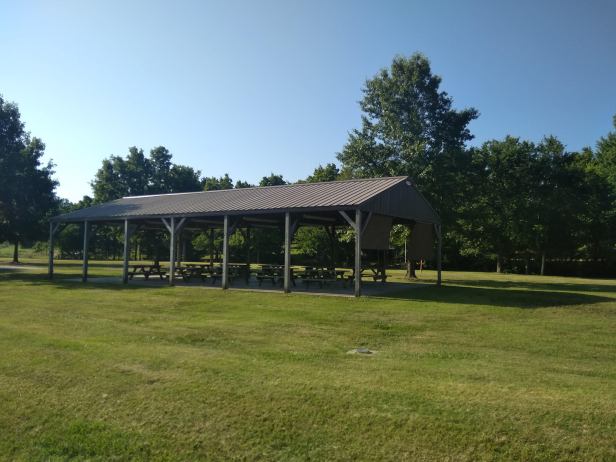 Our bedroom from last night

Interestingly riding towards Hartville cars would wait for me to climb up the hill before even passing by. Every car gave me about 5 ft of space and would pass. Lots of hills and lots of blind spots. Car would slow down while coming up the hill since they couldn’t see over. Came across a couple of signs warning us of a horse and buggy. Turns out this region have a bunch of Amish. As i was rode through a horse and buggy joined me on the road. Ofcourse couldn’t take a pic since the horse was fast. The buggy had a light attached to it i guess to  use it at night. They had reflective stickers at the back of the buggy so that people don’t crash into it. Finally we reached the town of Hartville. It was 3 in the afternoon. Don went to get a haircut since he was meeting his wife the next day and I went to the gas station for coffee. The town dint have any phone network so got a cup of coffee and went to subway. Sat inside eating a sandwich and mooching off the wifi. I happened to see the French couple outside working on their bike. Went out to help him. They had broken a derailleur cable and needed a spare one. Since I dint have one i went to check with Don. Turns out he had carried one and was willing to give them one of it. With the bike fixed we said our goodbyes. They planed to stay at the town of Bendavis. 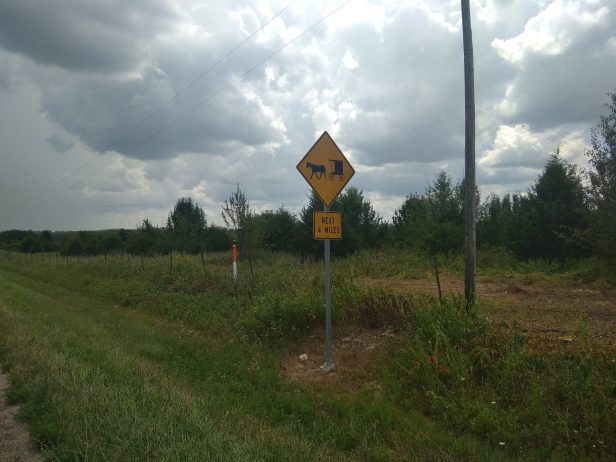 The Amish are here

Don and I discussed the possibility of riding to Houston so that the next day we could get a full day off and not have to ride in the morning. With that set we headed out. Nothing interesting on the way except for some hills and a couple of road signs. Finally rolled into the gas station for a cup of coffee and directions to the park. At the gas station bought a couple of lottery scratch cards and won 6 dollars. This meant coffee was free. Tempted to buy more but somehow resisted it. Rode in the dark to the park. At the park Don had already setup for the night. The park had cockroaches. Quickly unpacked my bags on a table to that the rascals wont climb up. The hope was that if i sleep on the table the vermin wouldn’t climb up. While checking my emails noticed that someone had sent me a note for a new job. Quickly sent them an email and got a response in a minute. They wanted to do a quick chat. 30 mins on the phone and got that out of the way. Have to meet them when i get back into town. 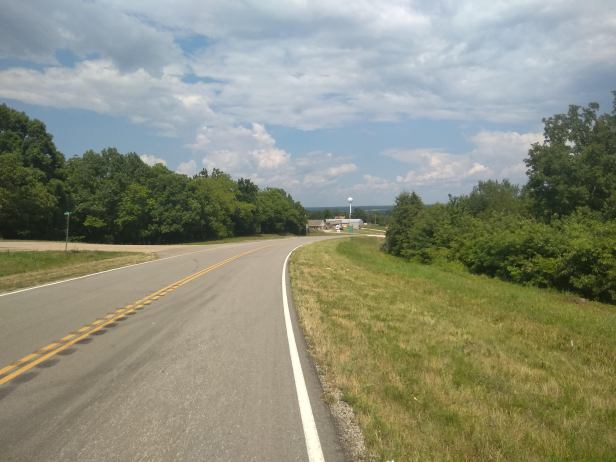 On the way to Hartville

Finally got into bed. Just as i was about to sleep some kids came over to the park. These guys were watching something on their phone while sitting on the table next to us. Went up to them to tell them to quieten down since it was bed time. Felt like an old man doing that. Finally they left. Stayed up a few minutes longer just to make sure. Another day done and slowly getting closer to the finish. Tomorrow is our rest day, so grateful that we got to Houston and wouldn’t have tor ride tomorrow.

Lesson for the day: Horses are faster than bicycles